Starion Bank has named Don Morgan president, with Craig Larson continuing in the roles of CEO and
chairman of the board for the bank. As president, Morgan manages the day-to-day operations of the
bank, while Larson focuses on the overall strategy and vision for Starion Bank.

Morgan, a certified public accountant, has been with Starion since 2012 when he joined the bank as
vice president for credit administration. The next year he was promoted to chief credit officer. In
2014, he became a member of Starion’s Executive Committee which is responsible for initiating key
actions within the organization, reviewing financial data and setting major project priorities.

“With Don’s exceptional finance background and commitment to serving our communities, I’m confident
that under his leadership Starion will continue to be a strong organization committed to taking our
employees, customers and communities farther,” said Larson. “Starion has been a family-owned bank
for 50 years and we look forward to Don leading the team into the next 50.”

In this new role, Morgan will partner with and develop Starion’s high-performance leadership teams,
focusing on all operational aspects of the bank and building relationships within the bank, with
customers and all the communities Starion serves.

“Starion Bank is filled with great people and is based on timeless values,” explained Morgan. “As
we begin the next chapter in our story, we will be leaders in financial innovation while
maintaining our ‘small town’ values of exceptional customer service, being a great place to work
and supporting our communities.”

Morgan has extensive banking and leadership experience, which includes 18 years in the areas of
credit administration, commercial lending, market president and internal auditing. A Wyoming
native, he earned a bachelor’s degree in finance with an accounting minor from University of
Wyoming and a master’s in accounting from the University of Phoenix. Morgan is active in the North
Dakota Stockmen’s Association, local 4H, and the Soil Conservation District.

Starion Bank
He has been a guest presenter for college business classes and was treasurer of the North
Dakota Rodeo Association Finals Committee for seven years. 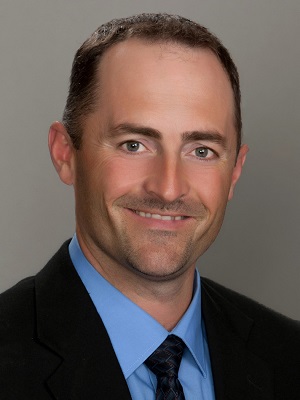