After Donations to Area Food Pantries and Tellurian, Inc., Buck & Honey’s Restaurants to Re-Open for Carry Out and Delivery

Keller, Inc. Honored with Project of the Year Award by ABC of Wisconsin

Bank of Sun Prairie Augie List joins Board of Directors 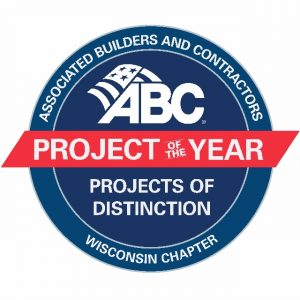 Keller, Inc. Honored with Project of the Year Award by ABC of Wisconsin

WISCONSIN DELLS, WI – Keller, Inc. is being recognized for construction excellence in 2019.

Associated Builders & Contractors (ABC) of Wisconsin honored Keller, Inc. with the first ever ‘Project of the Year’ award for the design and construction of the Eagleview Dental Office in Prairie du Sac, Wisconsin.  The project received the highest average score by judges.  The project also received a Gold ‘Projects of Distinction Excellence in Construction Award’ for a Healthcare project under $5 Million. 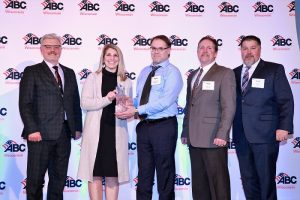 Located on a bluff overlooking the Wisconsin River, this 4,200 square foot dental office takes advantage of the popular eagle nesting habitat in Prairie du Sac. Built on a site thought to be too narrow, it has two stories facing the river and one story facing the street. The slope of the river bank was so severe, it required special foundations and slope stabilization measures. Keller, Inc. employed an aggressive winter schedule to avoid construction during eagle nesting, which is prohibited. Another challenge was navigating electrical and data communication lines and replacing the brick facade after the owner had second thoughts about the original selection.

These projects were judged in a rigorous process by a panel of construction experts based on a number of criteria, including safety, quality, owner satisfaction, execution and coordination, budgeting, difficult and unusual challenges, and overall distinctiveness.

The Projects of Distinction Awards is designed to recognize the most distinct construction projects in Wisconsin, and to elevate the awareness of the quality construction performed by ABC member firms and their employees.  Project owners and Keller, Inc. team members were on-hand to accept the prestigious awards on February 13th in Wisconsin Dells.

The event recognized 54 projects — mostly general construction — but also in specialty trades from electrical to plumbing to thermal and moisture protection.  A full list of the award winners can be found at https://www.abcwi.org/membership/awards-programs/projects-of-distinction/#sl_projects.